This blog post is part of our CAESES Student Award 2020 competition about the use of CAESES in academia, where we showcase exciting material submitted to us by students who use CAESES in their research. Many students from high school to PhD make use of CAESES to reach their project goals. If you are one of them, we encourage you to send us an article about your project and how CAESES has helped you. Interesting articles will be posted regularly in our blog, along with some information about the author, and at the end of February 2021, we will select the best author, who will win some exciting prizes.

Find out how to submit your article here!

The underwater resistance and radiated noise characteristics of submarines are especially important performance metrics and should be optimized as much as possible. The main goal of this study is to enhance hydro-acoustics and hydrodynamics performance of a submarine hull with bow form optimization using high-fidelity CFD simulations and an automated workflow.

This study describes the development of an iterative design process to reduce hydrodynamic noise levels using a high-fidelity CFD solver STAR-CCM+ which solves the unsteady RANS for the flow behavior and the Ffowcs-William and Hawkings (FW-H) Equations for hydro-acoustics. The parametric hull geometry has been created in CAESES where hull variations can be created and utilized within the automated workflow. The bow form has been parameterized using the following equation which creates an axisymmetric curve:

The multi-objective optimization aims to reduce the total resistance of the hull as well as the acoustic noise generated one meter behind the propeller hub. The optimization method chosen had an initial DoE step using the Sobol algorithm from which the results were used as an input to build a surrogate model using the well-known open source Python library LinearNDInterpolator method. Finally, the NSGA-II algorithm was used to solve for the objective functions. CAESES includes a library of algorithms such as Sobol and NSGA-II. However, the LinearNDInterpolator method was implemented through python scripts and coupled to CAESES via its convenient feature customization capability.

Resistance and hydro-acoustics were solved with STAR-CCM+ using steady and unsteady solvers respectively. The SST k-\omega was used to model turbulence. The time dependent pressure data is used as the input for the FW-H equation to predict far-field acoustics. A hexahedral mesh was created around the submarine model with trimmed cells at the hull surfaces which were locally refined to have y+ values of ~100 for all velocities studied, as shown below.

Unstructured hexahedral mesh around the submarine

The first step was to run a Design-of-experiments (DoE) using the Sobol algorithm available in CAESES. For the resistance analysis 400 variants were studied, and for the hydro-acoustics analysis another 40 variants were computed. This data was used as the input to build the surrogate model in the next step. 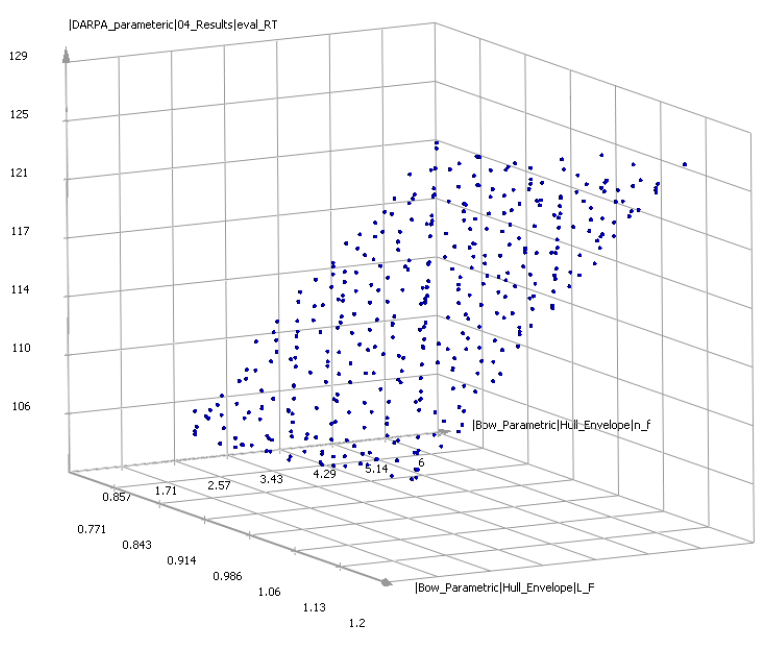 The surrogate model was created using the LinearNDInterpolator function to create the response surface. 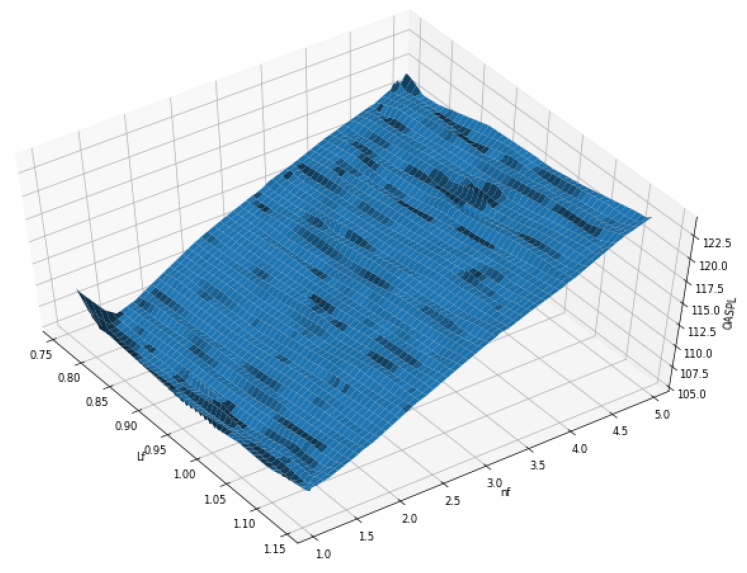 Finally, after creating the response surface for resistance and hydro-acoustics, the optimization was performed using the NSGA-II algorithm with 10 generations that have populations sizes of 50 variants. 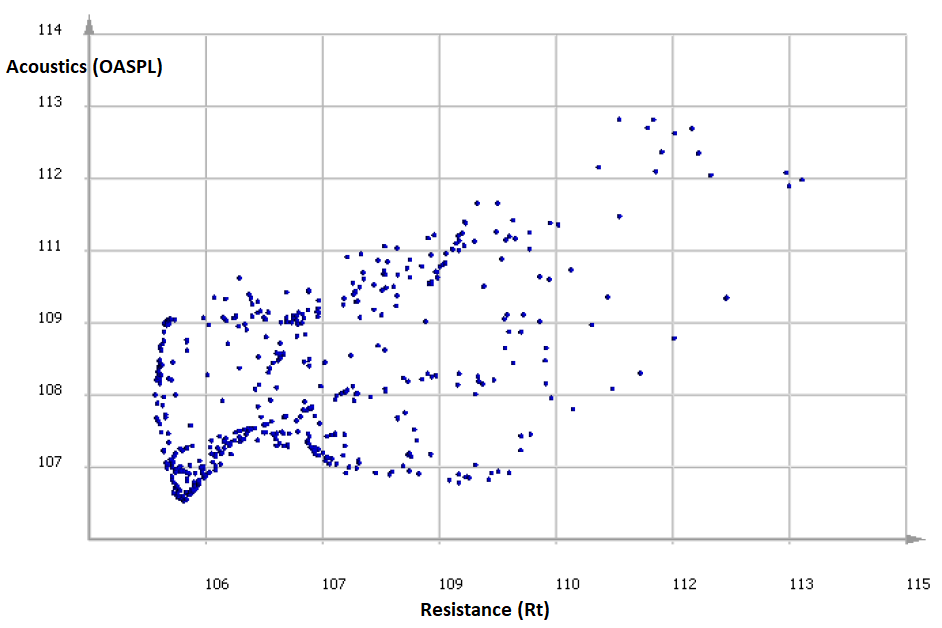 Optimal results for resistance and acoustics

Thanks to Buğra Uğur Yazici and his colleagues at Istanbul Technical University in Istanbul, Turkey for submitting this interesting article about submarine hydrodynamics and hydro-acoustics performance optimization using the CAESES integration and automation platform together with STAR-CCM+ for CFD simulations.

Buğra Uğur Yazıcı graduated from the Turkish Naval Academy with a major in Naval Architecture and Marine Engineering. After finishing his Master Degree in the same field, he is now doing his PhD at Istanbul Technical University. He is simultaneously working for STM A.Ş. in Turkey in the Mid-Life Upgrade Project of Preveze-Class Submarines of the Turkish Navy. His research field is hydroacoustic and hydrodynamic performance optimization of the submarine exostructure. He is developing algorithms for implementing acoustic analogies to different solvers, including high order spectral methods and optimizing turbulence coefficients in order to solve acoustic equations efficiently. 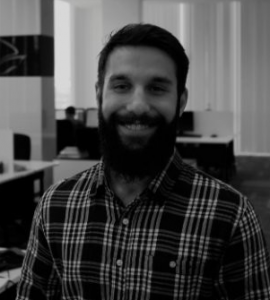 “For my acoustics and resistance optimization project, CAESES was the core of the process and saved untold time by avoiding the need to make hundreds of analyses by hand. CAESES is the most modern artist of the commercial software art.
I really like how the CAESES family helps each other when there is a need for troubleshooting or questions arise. CAESES is extremely well documented, allows the easy writing of scripts on the fly, and a very active forum with users from all around the world. Tutorials and videos are created for dummies which I do really care about when I am evaluating a software.”

For further questions do not hesitate to contact Buğra Uğur Yazıcı directly (bugur.yazici@gmail.com).